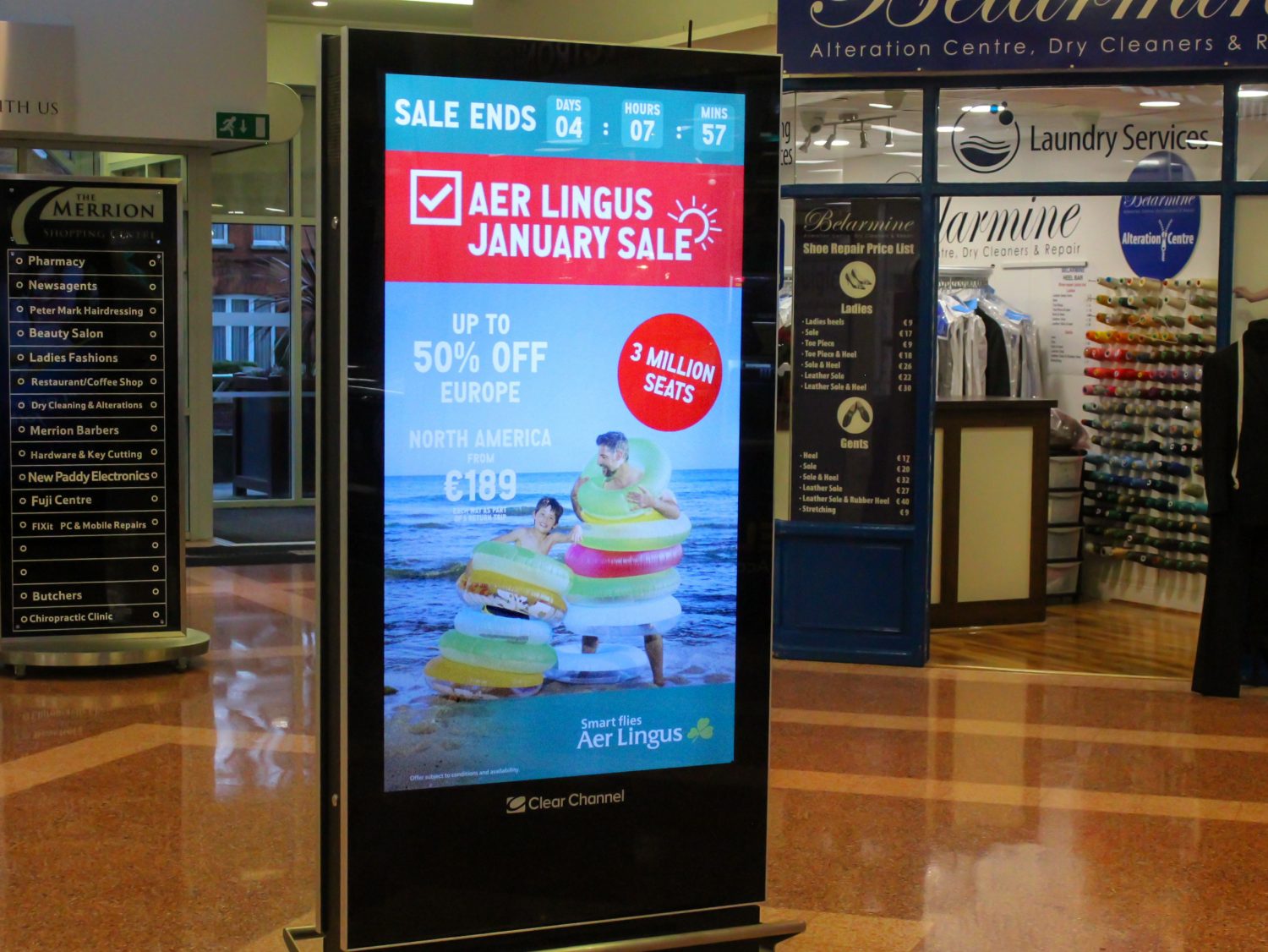 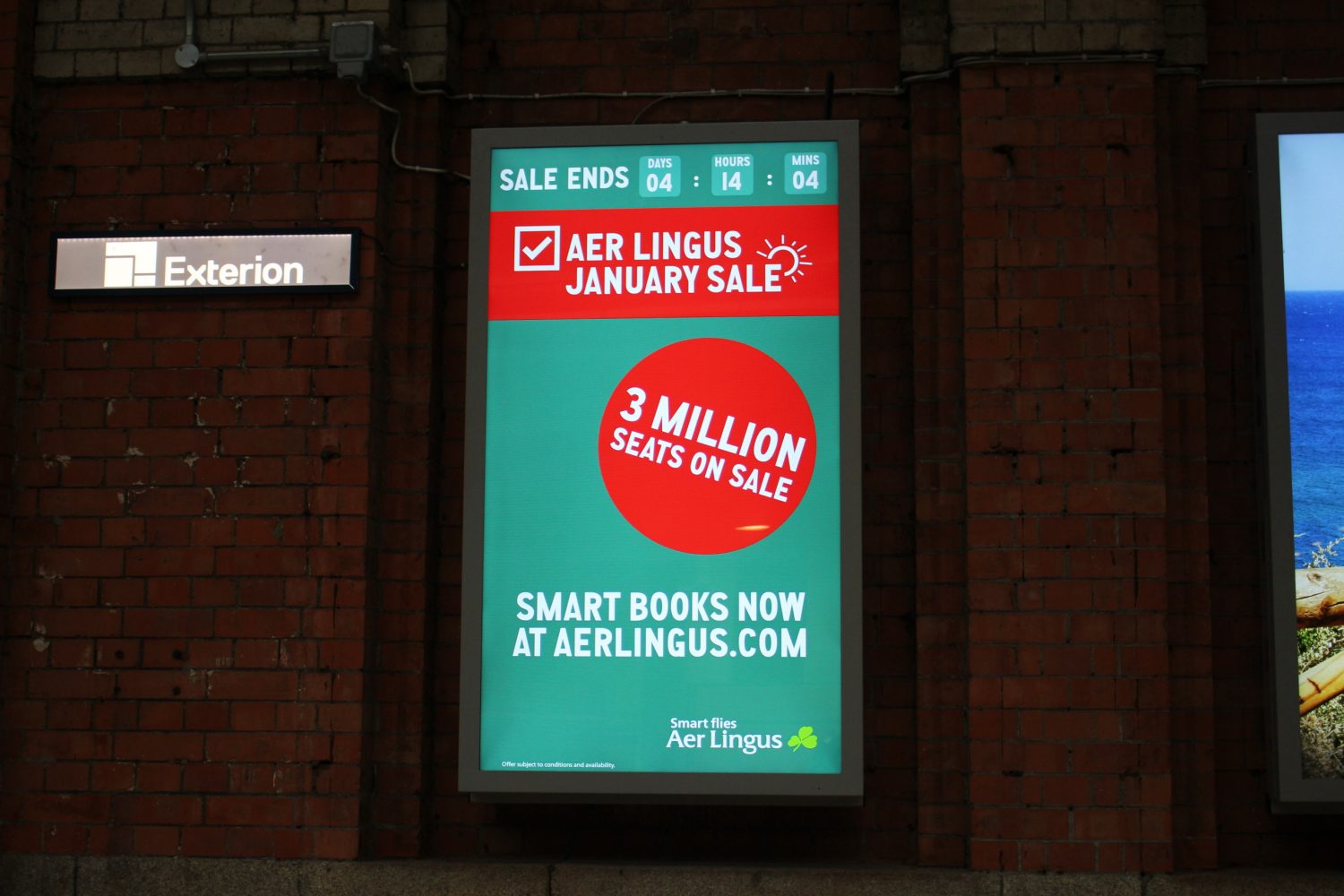 Aer Lingus announced its January sale and embarked on an advertising burst to promote the 3 million discounted seats.

As part of the campaign, the airline unveiled an innovative contextual OOH campaign incorporating classic formats alongside dynamic digital screens and a special build. The multi-content campaign sought to build awareness of the sale, connect with an in-market audience and as a result, drive conversion.

For the Digital OOH aspect of the campaign, multiple data triggers were incorporated using our Dynamic platform to deliver a smarter campaign and create engaging and optimised content for the audience.

A countdown trigger to the sale’s end date ticked down on Connolly Station’s Digital Gallery. On the Adshel Live network, alongside the countdown, different creative executions were shown based on predefined weather triggers. Specific taglines were on show with; ‘Lashing Rain|Sunny Spain’ triggered when it’s raining and ‘Winter Freeze|Summer Breeze’ triggered when the temperature drops below 5 degrees.

Dara McMahon – Director of Marketing & Digital Experience at Aer Lingus comments: “The Dynamic OOH for our January Sale across national retail & transport locations was a fun & engaging addition to our campaign that captured the attention of our target audience through weather triggered content, a motion activated 48 sheet special & countdown timers to sale end, encouraging commuters & shoppers to take advantage of the great deals with Aer Lingus & look forward to bringing on the sun.”

Niamh Daly, Senior Account Manager at PML said of the campaign; “We were delighted to kick off this multi-layered campaign for Aer Lingus and aid the activation of its January sale by enhancing the campaign further through weather triggered content & countdown timers. Making a big impression with our 48 Sheet special, building coverage through classic formats and engaging the audience with tailored content on digital screens allowed us to create a truly cohesive and comprehensive campaign for Aer Lingus across the entire OOH sphere.“

McDonald’s – Is it a Big Mac Dynamic Campaign