Appealing to the Census 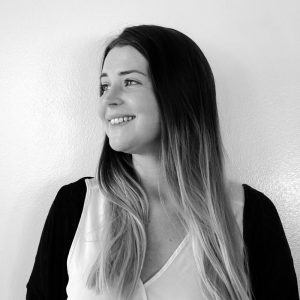 Niamh Manning, Marketing Executive at PML Group, on how commuter data from Census 2016 is good news for OOH advertisers.

The commuting patterns of the people in Ireland was the subject matter of a recently released set of data from the CSO from Census 2016. The Census provides rich information on the makeup and behaviours of Irish society, and its commuting habits have obvious implications for the strategic planning of OOH campaigns.

As the economy becomes more buoyant more people are working and therefore more are commuting. While there are almost 3 million commuters in Ireland, 1.88 million indicated they travelled to work, an increase of 10% on 2011 figures and surpasses the previous highest record set in 2006.

Out of Home advertising is all about communicating with people when they are on the move and commuters can encounter several OOH advertising touchpoints throughout their commute, at a time when they are alert, more receptive and less distracted by other forms of media.

Commuters tend to travel the same route daily, therefore advertisers can enjoy an increase in impressions and higher recall rates due to the increased number of commuters, the frequency of travel and prolonged dwell times.

So, what is the census telling us? The average national commuting time now stands at over 28 minutes while almost 200,000 commuters (1 in 10) spend an hour or more commuting to work nationally, an increase of almost 50,000 (31%) on 2011. The average commuting time for Dubliners is slightly longer than the national average at 31 minutes.

The most popular mode of transport is the car with 72% outside of Dublin travelling by car to work compared to 51% of Dubliners.  Public Transport has seen a 21% increase in passenger numbers since 2011. Due to accessibility, Dubliners are more likely to travel by public transport. As it currently stands, 14% of Dubliners travel by Bus, 8% travel by Train, DART or Luas while 7% of Dubliners cycle to work.

The key takeaways from the CSO’s commuting results is that there are more people commuting than ever before and it’s taking longer to reach our destinations. The car is still the most popular mode of transport and all modes of public transport have seen an uplift in passenger numbers. Women travel by car, bus and foot in larger numbers than men.

The growing trend of urbanisation also has an impact on OOH planning, 63% of the Irish population live in urban areas resulting in high density areas. Saggart was found to be Ireland’s fastest growing town, up 46% since 2011.

As an OOH agency specialising in location-based marketing, the Census offers us a rich source of data to inform strategy.

The Census is one data source among many that our planning teams engage with to build audience profiles based on how they live, work and play.

Commuting habits are an important aspect of this strategy as the commuter audience can expect to encounter a host of OOH opportunities on their journey. Our teams integrate other data sources to hone these opportunities into an optimised OOH campaign.

By effectively targeting the right audience at the right time in the right place, brands can enjoy higher levels of engagement, maximise campaign effectiveness and increase ROI.

The recent census shows that the audience of OOH and the potential to communicate with an ‘on the go’ audience is growing. The commuter OOH market creates unavoidable impact, constant presence and is the ideal way to stay connected to consumers at a time they are out of reach… and now there’s more eyes than ever on the OOH medium.

The Power to be Different

Smart Cities and Out of Home