James Byrne, marketing manager, with this week’s view from OOH. 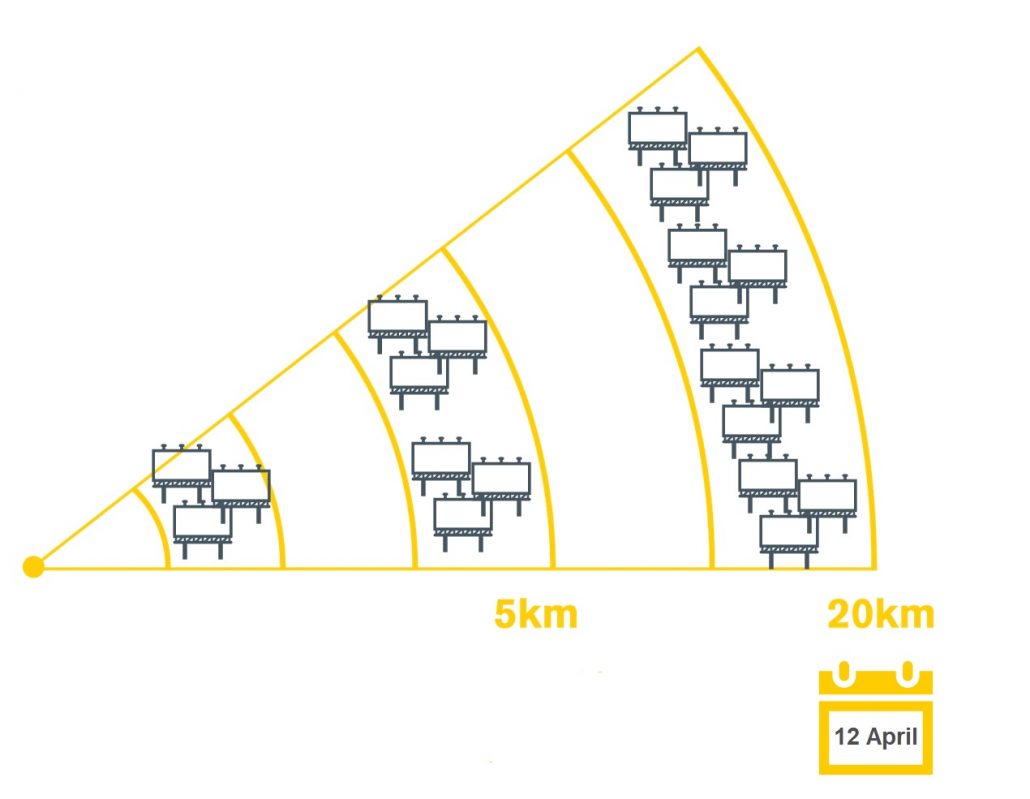 Our journey out of level 5 restrictions accelerates with significant changes kicking in from this Monday April 12th, which will have a meaningful impact on Outdoor audiences.

The 5km travel limit is to be relaxed to allow people to travel within their own county or within 20km of home if crossing county boundaries. Socialising restrictions will be eased with two households being permitted to socialise in an outdoor setting. 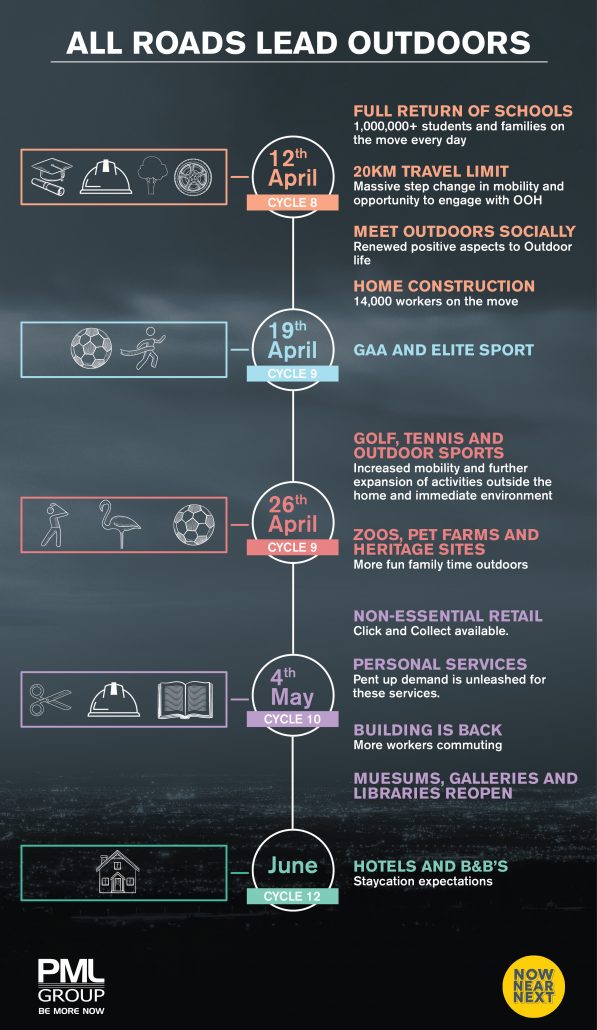 Preliminary results from Wave 5 of the ESRI’s Social Activity Measure – which is based on data collected during the week beginning 15 March, suggest that mobility and social activity have increased over recent weeks.

The SAM study reports traffic volumes are up 11% week on week, and 15% in the month with an increase in workplace attendance in March compared to February. The increase in workplace attendance appears to be driven by more non-essential workers attending their workplace. More than a quarter of non-essential workers visited their workplace in a given week during the month of March.

The Social Activity Measure (SAM), is a behavioural study that records the public response to the risk of COVID-19 infection over time and is a collaboration between the Department of the Taoiseach and the ESRI’s Behavioural Research Unit (BRU). The study collects data from 1,000 respondents every two weeks.

New research carried out for us by Ipsos MRBI, points to an important influencing role for OOH in the discovery, perception and preference of brands. 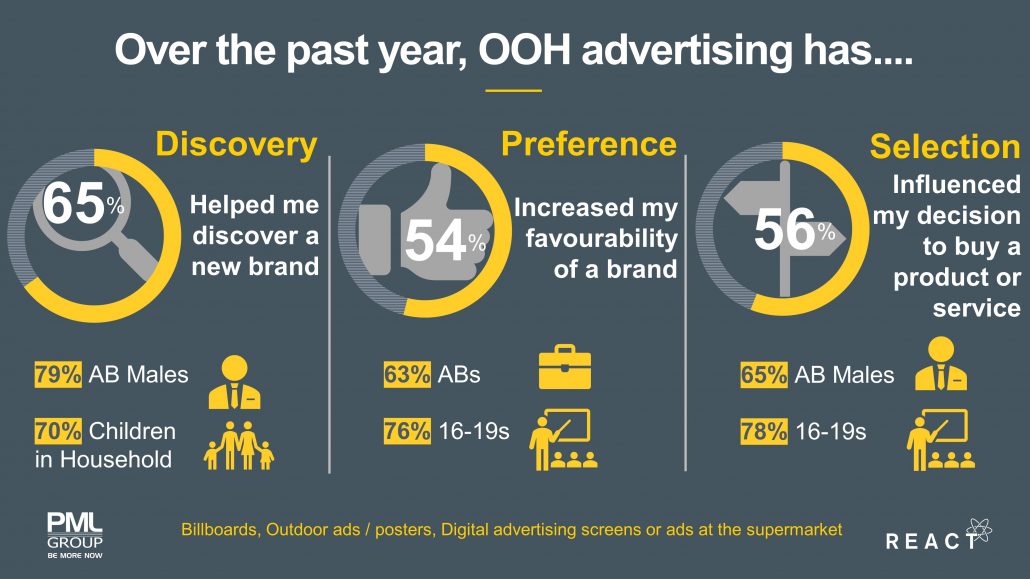 The latest wave of our React study found that well over half of consumers say that in the past twelve months Out of Home advertising has, in at least one of its forms:

React finds that OOH displays are especially influential on AB higher professionals and 16-24s. This supports evidence from TGI that Outdoor targets a younger demographic than radio, TV & press, heavy OOH consumers earn more, and lighter TV viewers travel more. In effect Out of Home, in indexing high with young and upmarket cohorts, is a good ‘fit’ in terms audience with other media channels. It fills holes in demographics and builds frequency into broadcast campaigns. Next week we will turn our attention to another aspect of the study – how OOH amplifies both TV and online advertising. 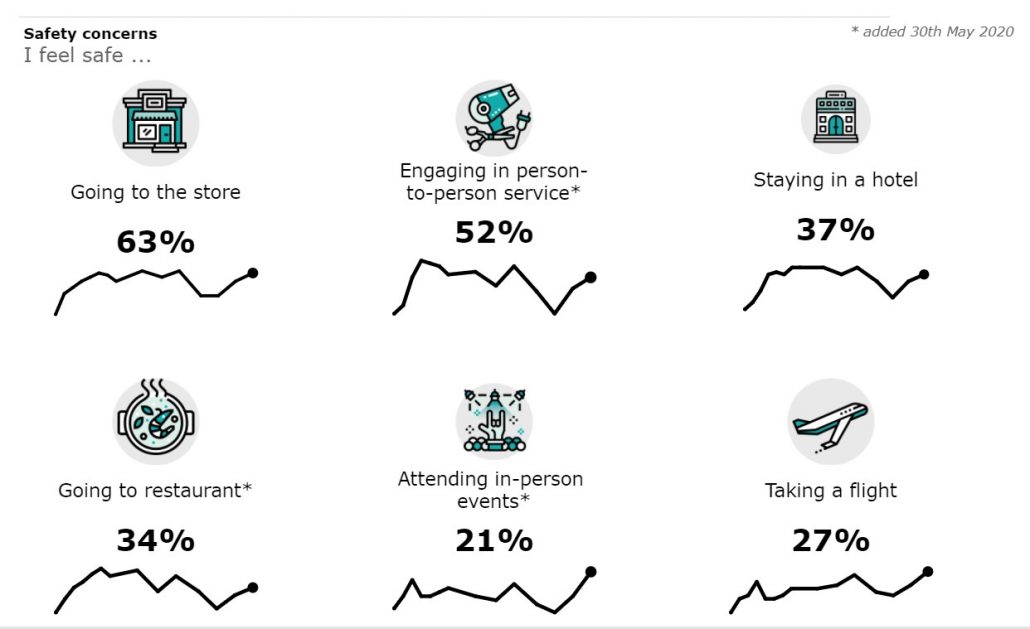 28% are concerned about returning to their workplace, down from 38% at the start of February, with levels relatively consistent across age groups. With initial plans in place to relax restrictions on non-essential retail and personal services it’s worth noting 63% feel safe visiting a store (+11%) while 52% are comfortable engaging in person-to-person services (+13%).

The government has announced details of a new €17million scheme for the advancement of outdoor dining.

The Outdoor Dining Enhancement scheme, delivered by Fáilte Ireland and local authorities, will comprise of two parts. Part one will provide funding to individual tourism and hospitality businesses to support outdoor upgrades such as increasing outdoor seating capacity and other amenities.

Local authorities will be able to seek funding to upgrade streets and public spaces and implement permanent weather proofing solutions to facilitate year-round outdoor dining infrastructure, under the second part of the scheme. The improvements will include parasols, electric heaters, wind breakers/screens and associated works.

The scheme is aimed at welcoming visitors back to towns and cities across the country when it is safe to do so.

Cork City Council has also announced they will begin work to facilitate the permanent pedestrianisations of 17 city centre streets, after a successful pilot run last year.

Streets across Cork city were temporarily pedestrianised last summer to facilitate social distancing and outdoor dining as part of the “Reimagining Cork City” programme. This included the temporary pedestrianisation of 1.3km of city streets and the waiver of outdoor seating licence fees to allow up to 1,000 residents and visitors to eat and drink alfresco, as well as the pedestrianisation of amenity space at the Marina. Cycling infrastructure was also improved with the installation of 43 new cycling racks and the creation of 4km of new cycle lanes citywide.

Work begins on April 12th with Caroline Street, Pembroke Street, Oliver Plunkett Street, Cook Street and Maylor Street the first to be pedestrianised with more to follow the following week and thereafter.

Spring festivities such as Mother’s Day, St. Patrick’s Day and the early Easter period boosted sales of certain products. Sales of gift boxes of chocolate soared by €2.9 million in the most recent period.

Bumper alcohol sales helped drive 25% growth in drink purchases in the 12-week period. Guinness was a popular choice with shoppers with 10% of the population purchasing the famous Irish stout. This is an increase from 6% the previous year, meaning an extra 70,000 household took it home.

Sales of chocolate eggs boomed by 124% with an additional €18.1 million spent. 63% of people purchased an egg before March 21st compared to 41% at the same time last year.

The spell of good weather also saw shoppers spend an additional €1.3 million on chilled burgers and grills and an extra €6.7million on ice cream.

Looking to the grocery market share, SuperValu maintained its title as Ireland’s top retailer with 22.4% market share. Sales jumped by 13.9% as shoppers made larger trips and basket sizes continued to grow. It was the only retailer in the period to increase the number of visitors to its stores which contributed an additional €2.9 million to its overall performance. 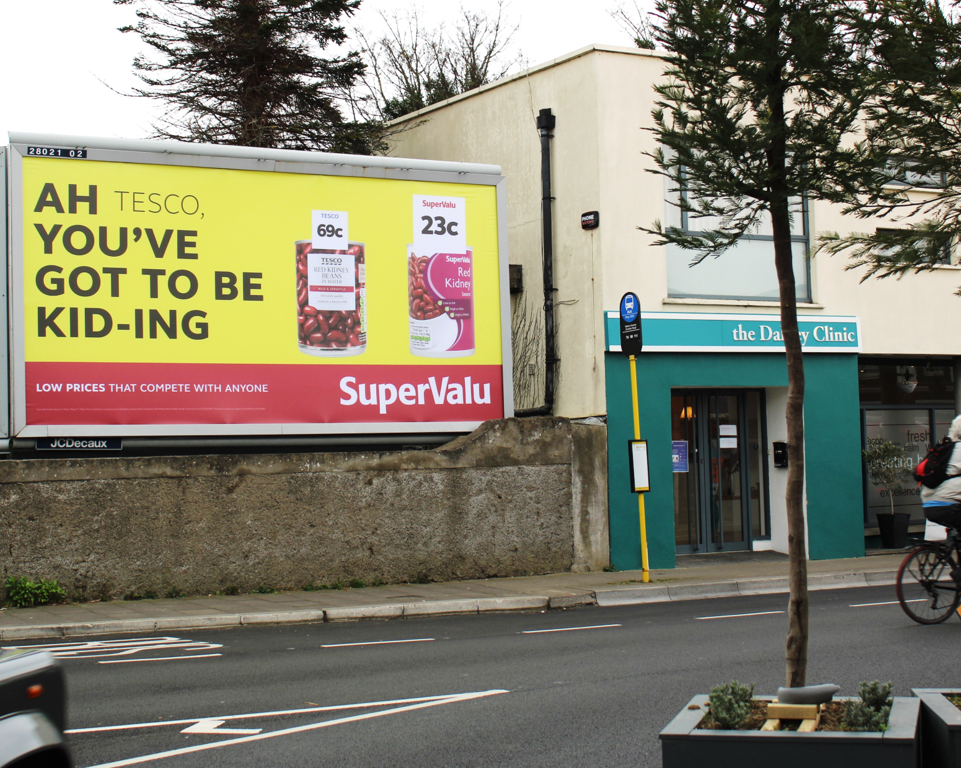 Tesco saw sales increase by 9.9% to capture 21.6% of the market. Larger shops contributed to much of the sales growth as shoppers added an average of three more items per trip to their trolleys.

Meanwhile Lidl’s growth was strong at 12.3% with its market share now standing at 12.7% while Aldi holds a 12% market share, with significant gains in the Munster area where sales increased by 7.7%.

DoneDeal is bringing Ireland’s largest car showroom to the streets. Premium roadside billboard locations including backlighting showcase motor and message 24/7 in the perfect always on environment. 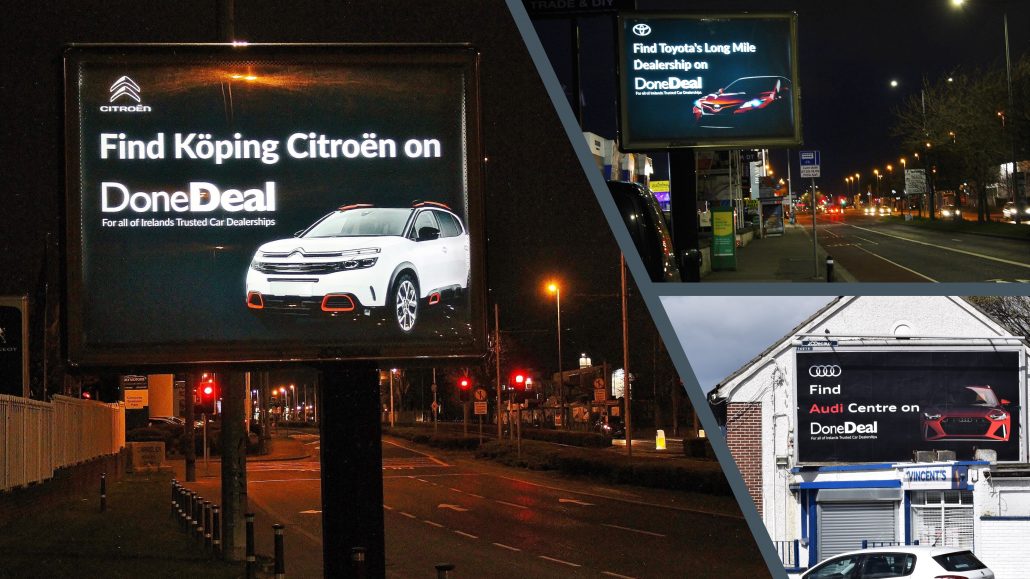