Make me smile………and tell me the price

The latest wave of our Creative Impact Study highlights the types of ads Dubliners feel would be most desirable to see and hear in the coming months. Among the representative sample of 300 16-54 year olds, ads that entertain and make them smile are the most desirable, followed by ads that focus on the price and value of the product or service. 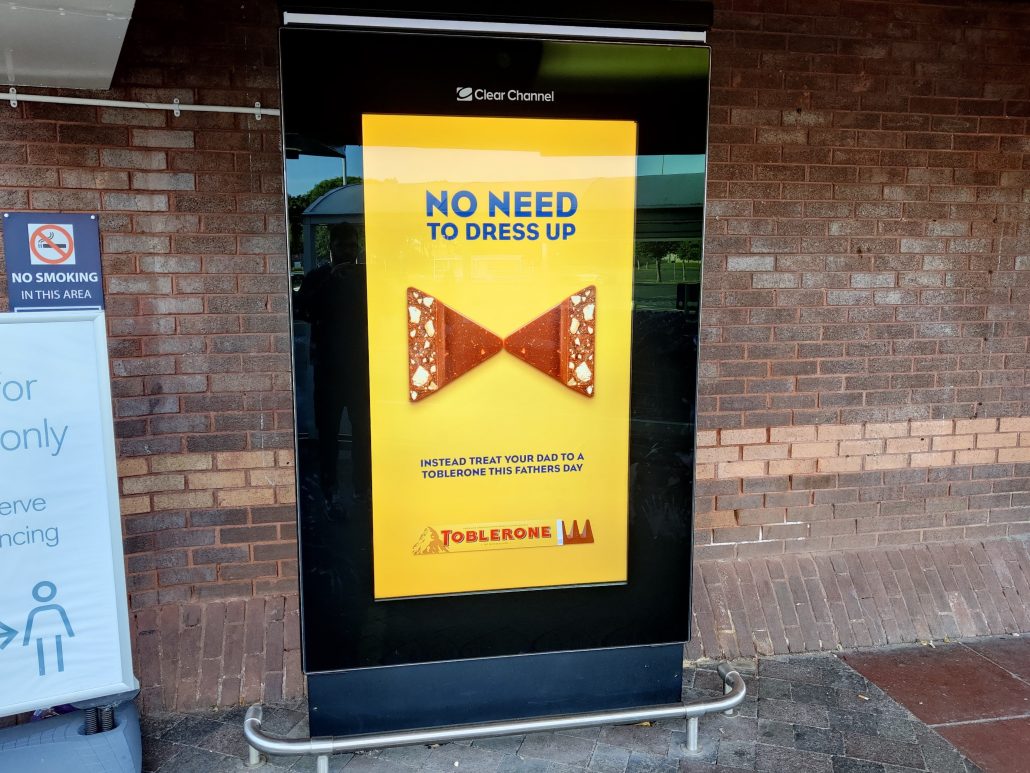 Across all the types of ads surveyed, women are more open to advertising messages but the most significant differences between males and females were for:

The older age group desire entertaining ads but also those that focus on optimism and hope for the future and that focus on the qualities of the product or service. That focus on qualities or brand characteristics is the most desirable topic for the 16-24s. 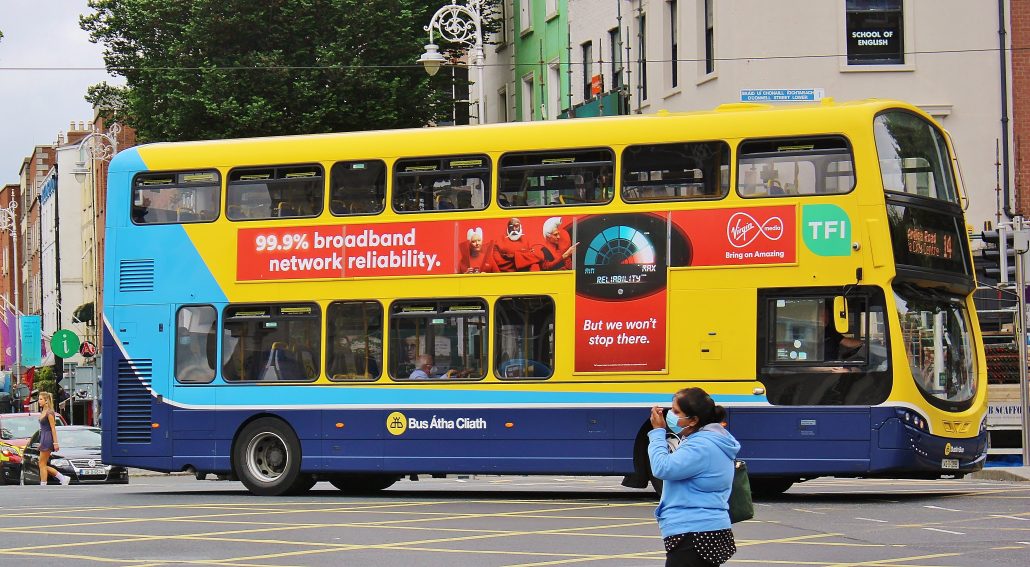 Full details on the Creative Impact Study, carried out in partnership with Ipsos MRBI, are available from info@pmlgroup.ie

The rollout of the Bus Connects programme begins this weekend, with the launch of Route H. It will connect Howth, Malahide and Portmarnock with high frequency services to Dublin city. 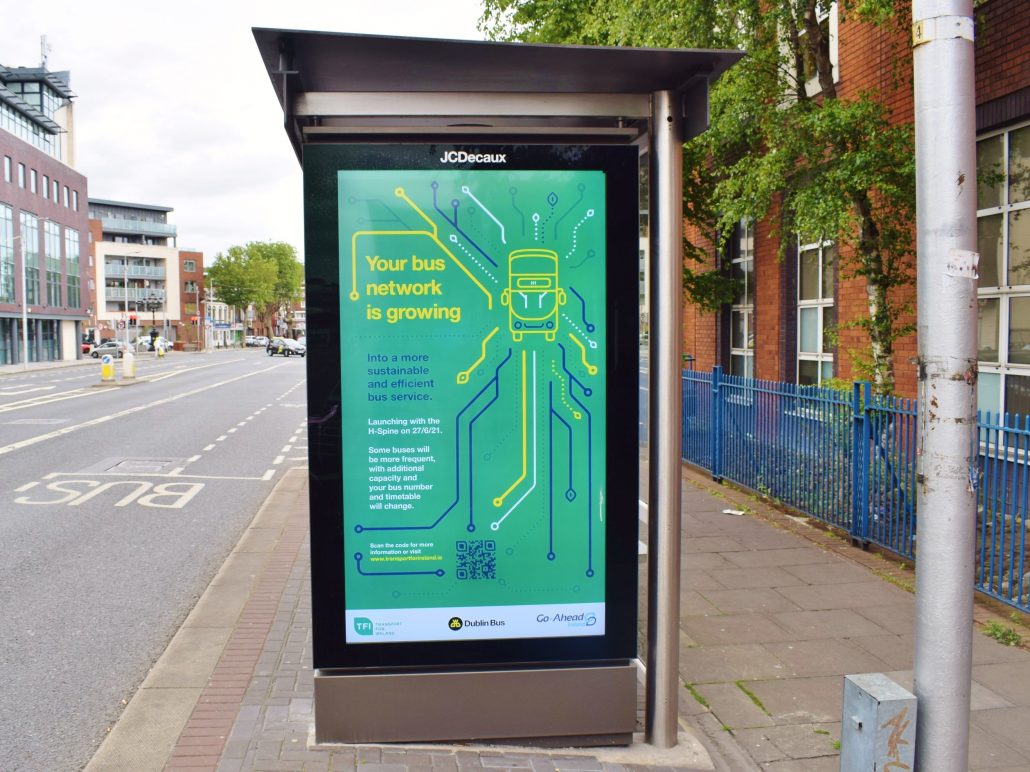 H is the first of eight ‘spines’ to be launched, which will connect with twelve orbital routes around the network. Next to begin will be C, running from Sandymount to Leixlip and Maynooth. The NTA estimates that Bus Connects will mean a 23% increase in services. The launch is being supported via an OOH bus shelter campaign.

The Social Activity Measure (SAM) is a behavioural study that records the public response to the risk of Covid-19 infection and guidelines over time. Designed by the Economic and Social Research Institute’s Behavioural Research Unit (BRU), SAM is an anonymous, interactive, online study that surveys people about their recent activity.

The latest report to June 7th, finds on average, adults in Ireland are visiting more locations outside their household on a weekly and daily basis. The largest increases in this latest round concerned visits to hospitality venues (cafés, restaurants, pubs, hotels) and other indoor locations, with a significant rise also in daily use of public transport.

Consumer confidence is at a two-year high, according to the latest KBC Bank Ireland consumer sentiment index.

While the monthly reading of 87.2 for June is only marginally higher than the May figure of 85.8, the increase was enough to push confidence to a 24-month high.

The reading for this month pushes the sentiment index back in line with the 25-year average of 86.8.

“It could be argued that sentiment has now normalised,” said KBC Ireland’s chief economist Austin Hughes.

Mr Hughes said these results suggest that Irish consumers are becoming less concerned about their current circumstances and less fearful about the future.

“This is further suggested by the fact that June marks the fifth successive monthly increase in the KBC Bank consumer sentiment index-the first time that has happened since the beginning of 2007,” he pointed out.

Elsewhere the latest RED C Mood Monitor reports that consumer confidence has continued to rebound with the ongoing rollout of the Covid-19 vaccination programme, and the gradual easing of restrictions. The June edition records a significant upsurge in consumer confidence in the Irish economy, rebounding from a low point in late 2020, the lowest level recorded since the global financial crash. 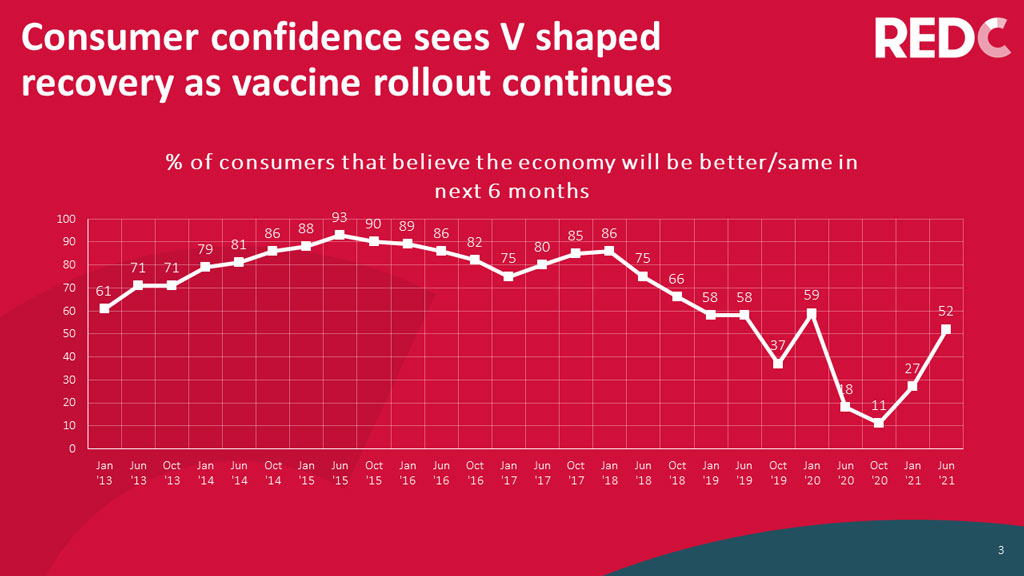 Now some 37% of Irish adults expect the Irish economy to improve in the next six months, while 52% overall believe that it will improve or at least stay the same. Spending is predicted to increase dramatically as restrictions are lifted, with household savings at an all-time high, and research showing a significant surge in the number of people expecting to increase their discretionary spending across holidays, entertainment and consumer goods.

Consumers across the island of Ireland are keen to make up for lost time in pubs, bars and restaurants, new research from leading business insight consultancy CGA Strategy reveals.

A major survey for CGA’s ‘Consumer Insights’ report shows more than half (53%) of adults in Ireland plan to go out to eat and drink more often than they did before COVID-19, while a third (32%) say they will spend more than they usually do over the next 12 months.

The figures are revealed as hospitality venues in Ireland settle into new trading, having reopened for outside service from 7 June. Indoor service is scheduled to return on 5 July. In Northern Ireland, indoor hospitality resumed on 24 May.

CGA’s research highlights the value of outdoor space to the confidence and spending of consumers in Ireland. Three in five (59%) say they feel confident about visiting venues with outdoor areas—17 percentage points higher than the number feeling confident about eating and drinking out in general (42%). Well over a quarter (28%) of consumers think outlets’ outdoor spaces are now more important than they were before the pandemic.

All Retail has Seen Year on Year Demand Growth

In its latest Consumer Mindset tracker Core Research has found that consumers are more confident in visiting retail stores, with clothing/shoe shops and DIY shops having experienced more than the majority of the population visiting them in the past few weeks. 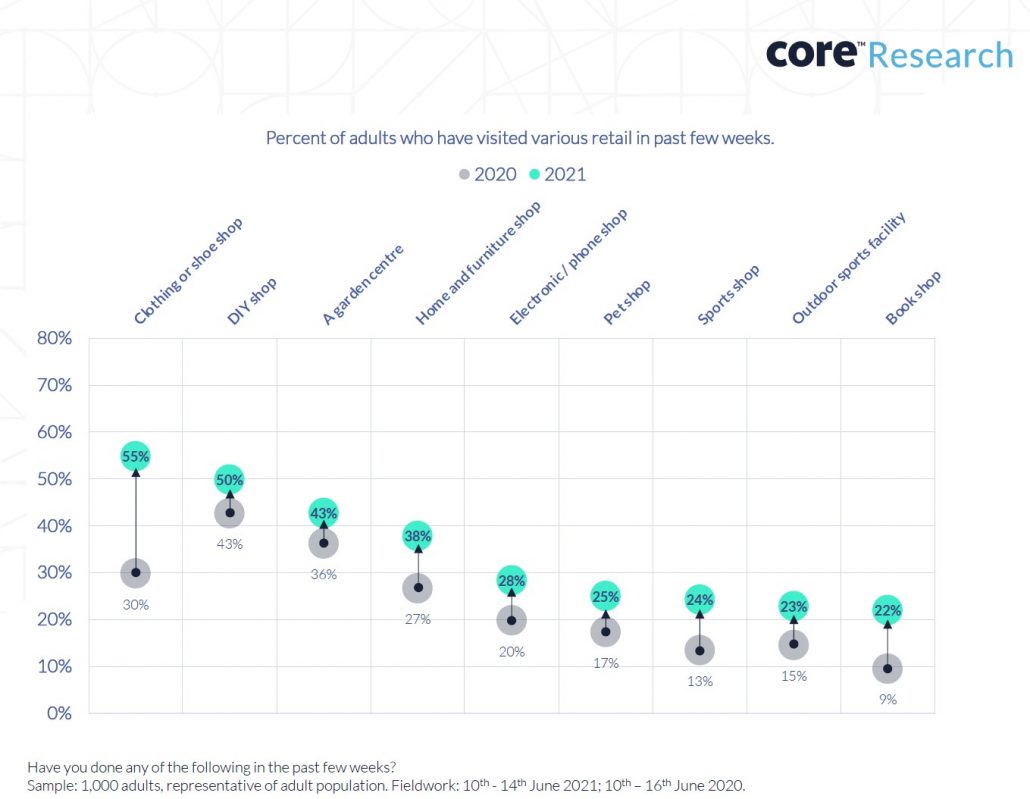 Now, Near, Next – Shining in the June Sun