Colum Harmon, marketing director, PML Group with this week’s Out \ Look on Out of Home.

Consumers Set to Shop Around

More than one in five Dublin households intend to change providers for broadband and energy in the coming six months.  This is among the findings out our latest wave of consumer research, The Big Switch, conducted among a representative sample of 300 16–54-year-olds in the capital. As we emerge from the pandemic it appears there is an appetite among consumers to shop around for certain products and services. 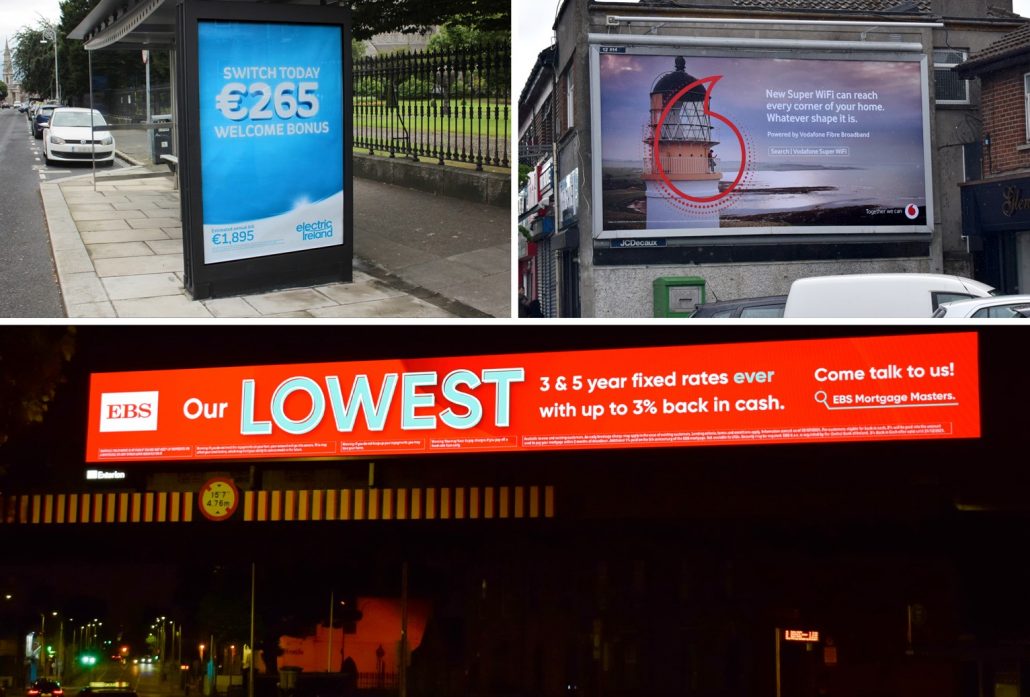 22% intend to change broadband provider, rising to 26% among 25-34s. In terms of location, those living in south Co. Dublin are most likely to be changing provider, at 39%. In contrast, those living in north Co. Dublin appear more content, with 22% looking to make that change – highly relevant data for brands in the category advertising on OOH in the next few months.

Intentions to switch energy providers, such as gas and electricity, stands at 23% and peaks at 32% among 35-44 year olds. Highest group is females 35-44, at 39%. In terms of social classes, ABC1s are more likely to be shopping around regarding energy versus C2DEs (30% v 15%). Again, south Dublin residents are more likely to switch providers at 28% versus 18% for those living on the north side. 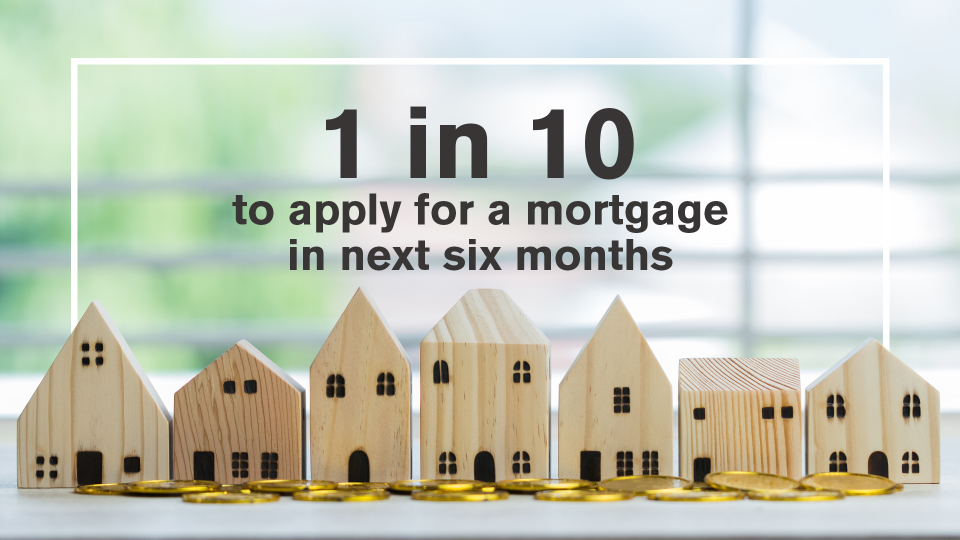 Staying with things domestic, according to the study carried out by Ipsos MRBI, 9% of respondents will be applying for a mortgage in the near future. 15% among 25-34s. For those with kids under 15 in their household this figure is 13%, dropping to 6% for those without kids in the household. Our Posterwatch service indicates that EBS, Bank of Ireland, ICS, AIB and Which Mortgage have all been active on OOH re mortgages in 2021.

We’ll have more from this piece of research next week, including holiday intentions, phones and car buying.

THE number of people in Dublin city centre rose by 10pc as a phased return to the office began on Monday. New figures from the business organisation Dublin Town show footfall increased by 10.2pc compared with the same day last week as restrictions were further lifted. Footfall was up 16.9pc on the same day last year. Footfall was up 20.6pc on South William Street and by 19.4pc on Capel Street. The final lifting of restrictions is to take place on October 22 after the most recent relaxation on September 20.

CEO of Dublin Town, Richard Guiney, says reopening of venues will encourage people to come into the city. “Obviously there are night clubs, but there are also cultural venues as well that have been operating on a restricted basis, so we look forward to this, we think it’s going to be a very welcome development. We need to increase footfall, and we need to increase the number of people in Dublin city centre, so the more that is reopened, the better for us.” 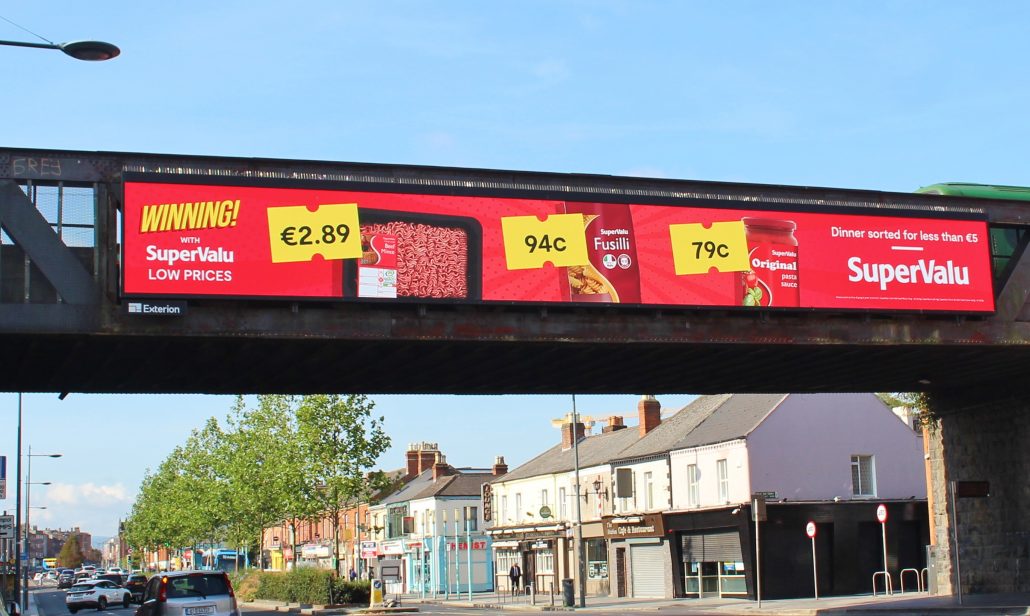 Online sales at Ireland’s supermarkets dropped by 12.3 per cent in the past four weeks as people edged back to their pre-pandemic routines, the latest data from Kantar shows.

An extra 189,000 trips were made to the supermarket over the past three months, driven by shoppers running out for one or two items at a time rather than relying on a big weekly shop like they did during the height of lockdowns.

“Online grocery shopping has taken a backseat this month as people return to workplaces, education, and eating out. As a result, digital grocery shops shrunk by an average of four items over the course of the latest four weeks,” commented Emer Healy, a retail analyst at Kantar.

Dunnes Stores saw the greatest influx of new shoppers among all the retailers as it edged up 5.3 per cent, which contributed 32 million to its sales. 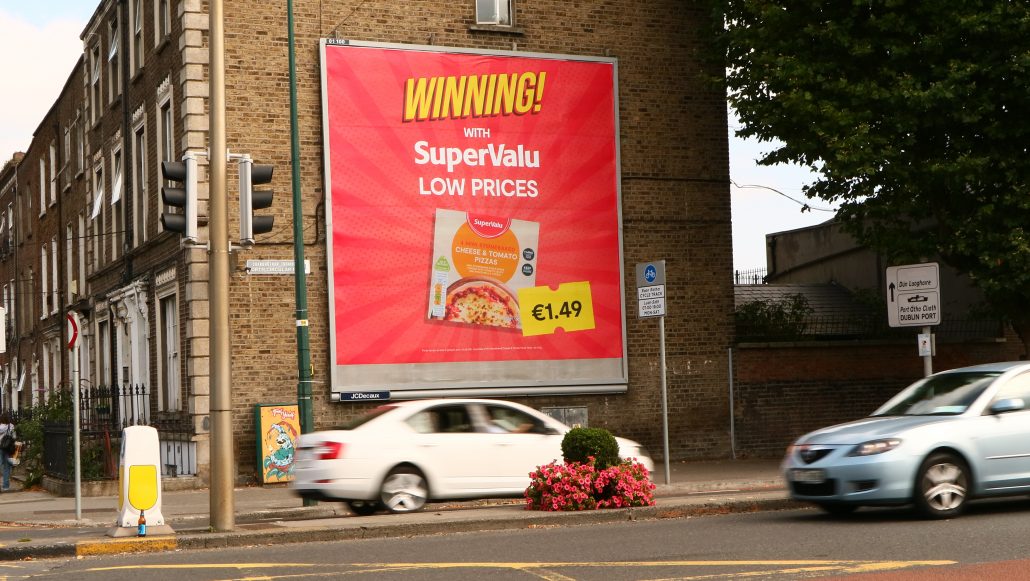 SuperValu is the largest retailer and holds a 22.5 per cent share of the market. This was driven by consumers visiting the store 7 per cent more often than they did last year.

The pandemic has brought about obvious changes in how we work, how we behave and how we interact with people and the physical worlds around us. Whether it’s a direct outcome of Covid-19 or not, a collective increase in awareness and changing behaviours around long-term sustainability and the health of the environment are gaining momentum.

In research we conducted with Ipsos MRBI last year, exactly two thirds of the respondents (67%) said that COVID-19 has made them more concerned about the environment and 84% of respondents expect companies to clearly explain the environmental benefits of their products in their advertising. OOH advertising plays an important role in communicating these messages to a growing audience. 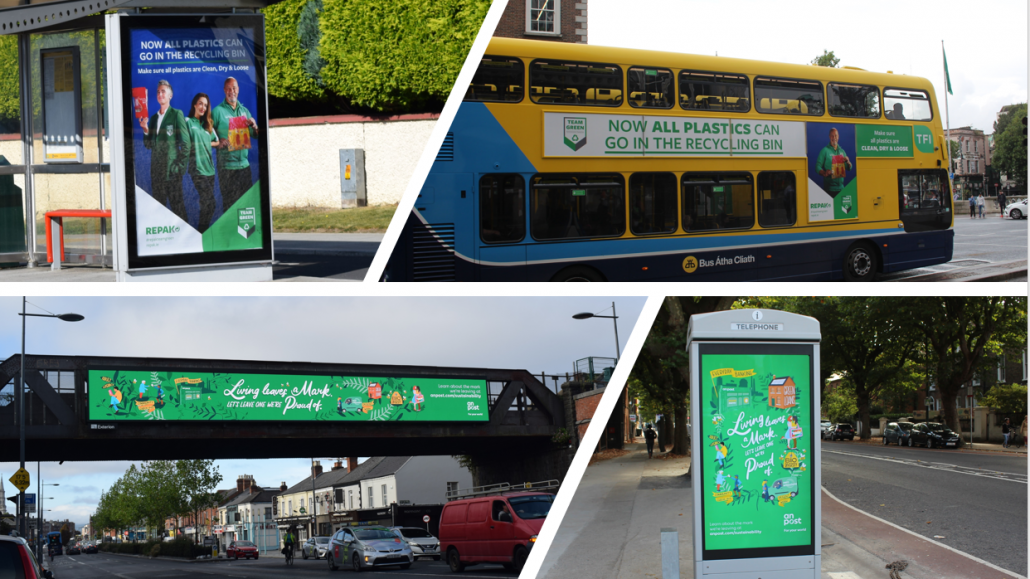 Even since the relatively recent release of that study, we have seen an increase in brands incorporating sustainability initiatives into their OOH campaigns. Current examples include An Post ‘Living Leaves a Mark’ and the Repak ‘Team Green’ campaigns.

An Post’s nationwide OOH campaign highlights “the big and small steps” that An Post has taken to create a better future with sustainable mail delivery, green living and more connected communities. An Post has incorporated both Classic OOH and DOOH into the campaign using multiple formats to highlight their sustainability credentials.

As a media channel with a tangible physical presence in public spaces, the OOH industry in helping Ireland continue the journey to becoming a more sustainable society with ongoing developments from a production and energy perspective also