Dublin footfall up 22% after lifting of restrictions

Dublin business group DublinTown has reported last Saturday’s footfall in Dublin city centre increased by 22% on a weekly basis. The figures are even more impressive when compared to the same weekend last year, with footfall up 200% on January 2021. 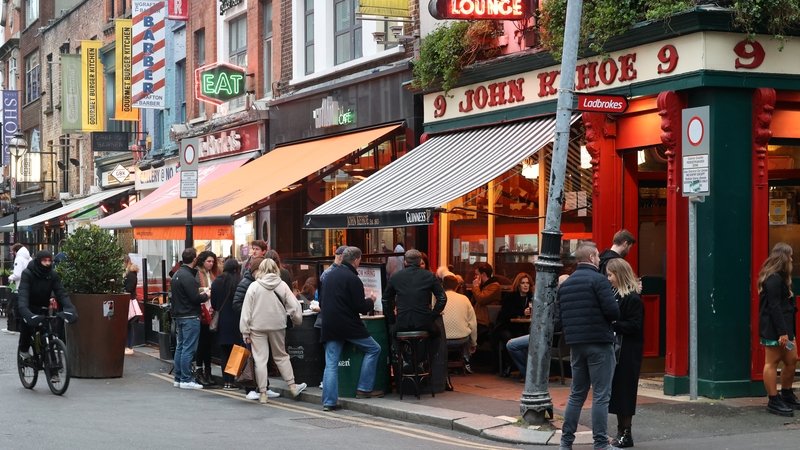 Commenting on the footfall figures, DublinTown Chief Executive, Richard Guiney, said; ‘An increase of 22% week-on-week is enormous and it is really welcome news for businesses in the city. Saturday’s figures are most likely driven by people visiting pubs, restaurants and clubs with the ending of restrictions.’

Apple’s routing requests mobility data for the week to Tuesday January 25th shows all forms of mobility in Ireland above the pre-pandemic baseline with driving +17%, public transport +36% and walking +24%. 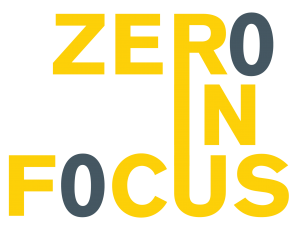 This week we publish the second wave of findings from our ‘Zero in Focus’ study. Last week we focused on consumer intentions for 2022 regarding zero-alcohol consumption and dry January participation rates. This week, we look at the role of advertising, perceptions of taste and reasons for choosing ‘NoLo’ beers. The results below, among all adult respondents, 18-54, show top line outcomes in these areas. 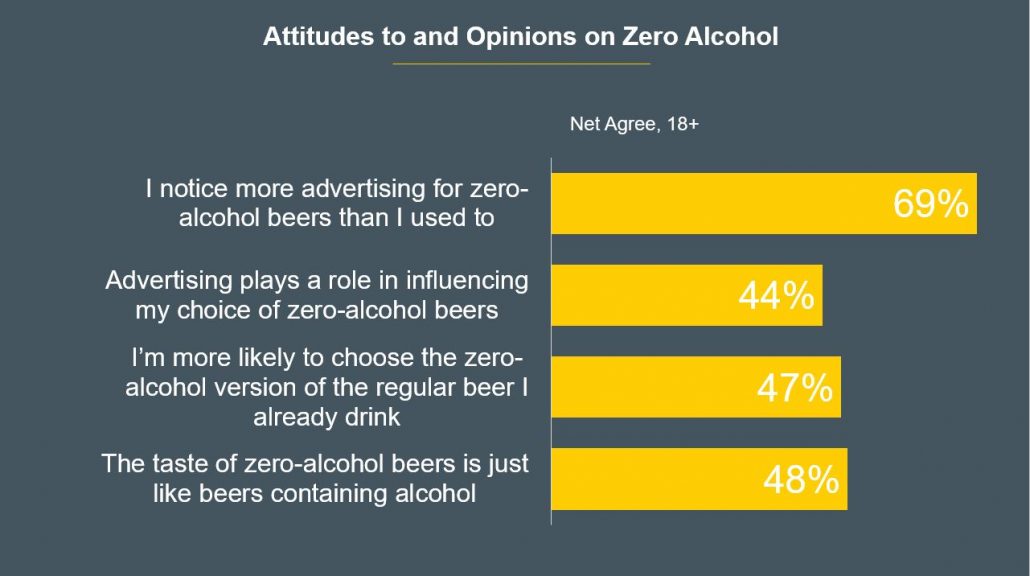 The role of advertising 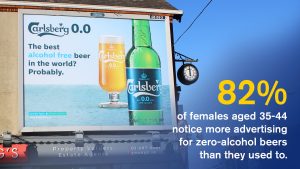 According to Drinks Ireland, zero-alcohol beer sales in Ireland grew by 129% between 2017 and 2020, from 1.79 million to 4.12 million litres. Zero-alcohol popularity is set to grow throughout 2022 and so we explored how advertising can influence consumers choice of such drink.  3 in 4 respondents are noticing advertising for zero-alcohol beers than they used to. A further breakdown peaked amongst females aged 35-44 at 82% and males aged 25-34 at 78%. 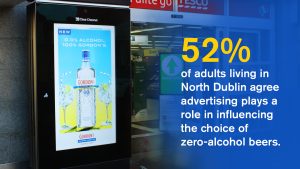 Importance of Taste and Choice 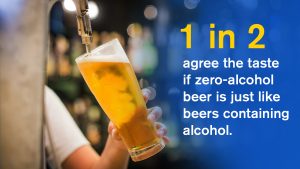 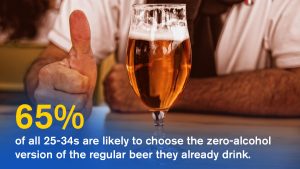 In terms of choosing what zero-alcohol beer to drink, 65% of all 25-34s are likely to choose the zero-alcohol version of the regular beer they already drink (71% of Females vs 58% of Males). This finding is at its lowest amongst consumers aged 45-54 years at 39%.

January is month of new beginnings and a time for students across the country to prepare for the next steps in their education. With the CAO deadlines fast approaching, many of the top universities have launched Out of Home campaigns to encourage students to apply and begin their next chapter as third-level students. 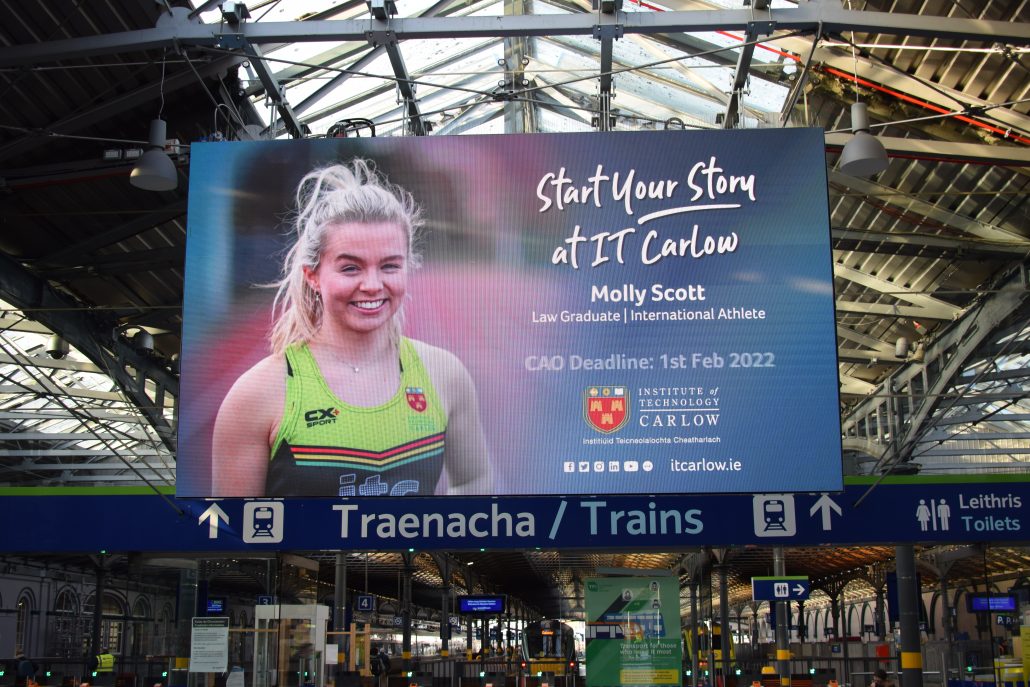 Institute of Technology Carlow has incorporated high impact formats across roadside and retail environments. The Transvision at Heuston Station features graduates such as Irish athlete, Molly Scott and Youtuber Conor Fenlon to showcase success stories and the range of courses the university has to offer. New research from our iQ programme, investigating the noticeability of OOH formats found that 79% of full-time students notice ads in train stations regularly. Location based marketing is a powerful method of connecting consumers to brands and consumers in the right place at the right time. 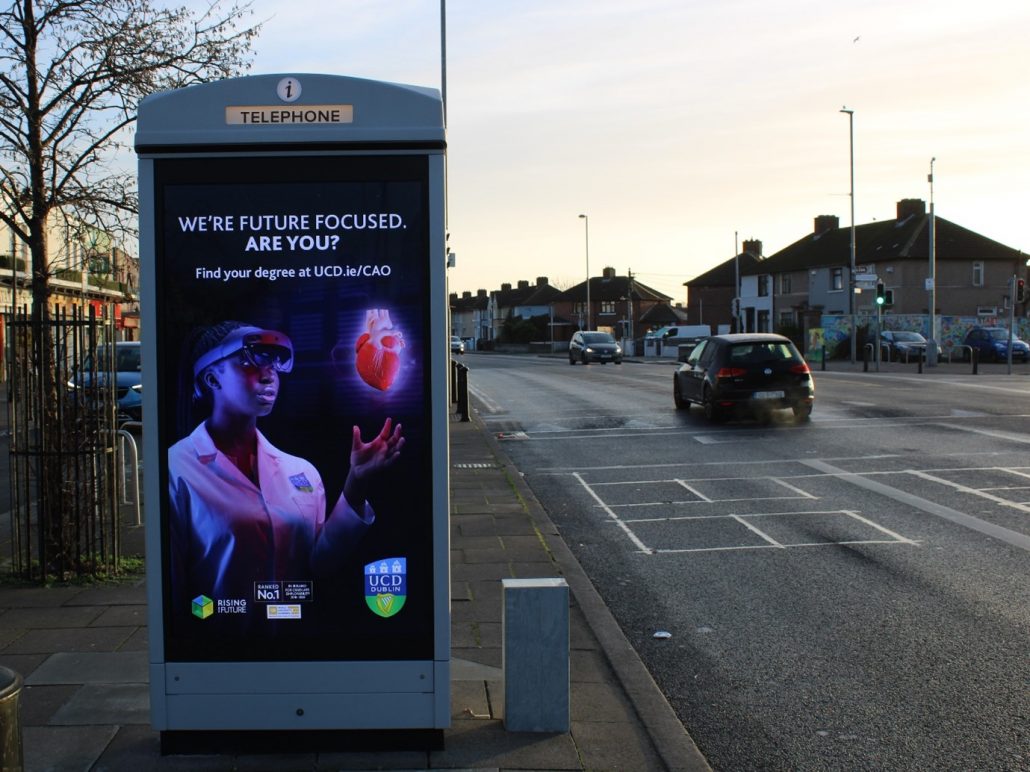 UCD also took to the streets throughout January promoting its range of courses, from science to business. The university is using digital OOH formats including Digipoles and Adhsel Live across roadside environments. The classic element of the campaign uses transport formats including Luas Portrait Panels, A2 Commuter panels and Dart Cards. The creative features a call-to-action message to encourage students to visit the universities website to ‘Find your degree’. Our iQ research found that 36% of 16–24 years visit an advertiser’s social media if they saw an outdoor advert that they were interested in. 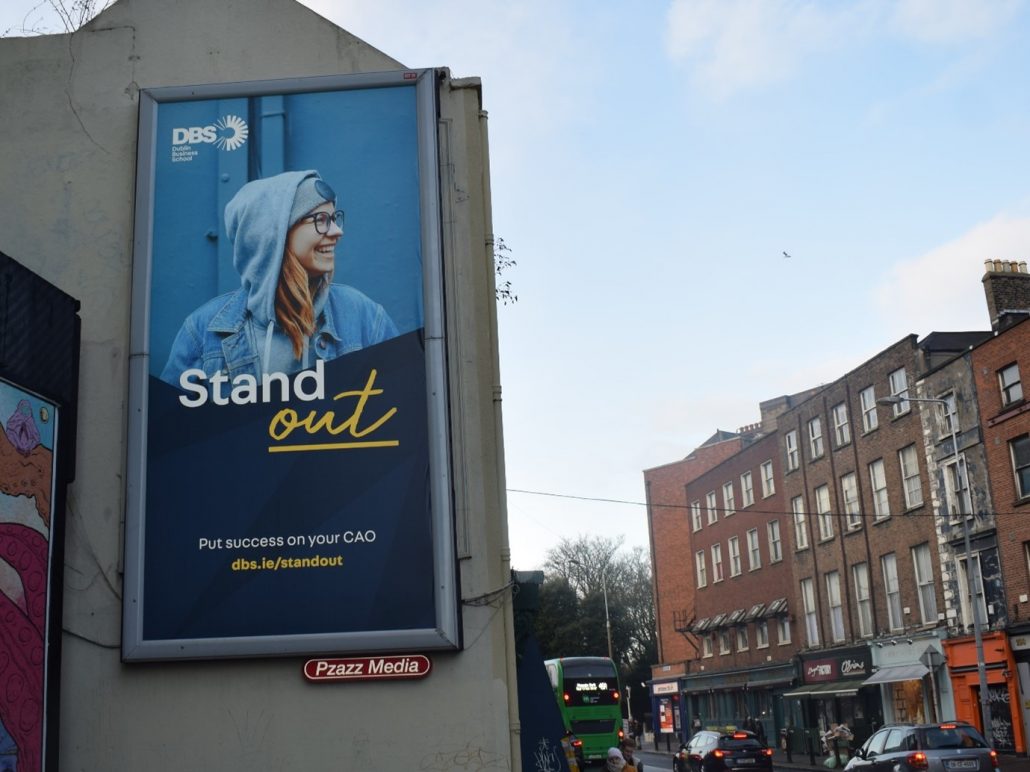 Dublin Business School stands out on OOH using a combination of classic formats such as the upright 48 sheet in Dublin city centre, a key location to target students on their commute.  Other classic formats included Bus Shelters and Dart Blitz Cards. Our iQ study found that 3 in 4 full-time students notice ads on billboards regularly and 93% of females aged 16-24 notice Bus shelter ads regularly.

OOH has highlighted the range of courses from Science to Business that these universities have to offer at an extremely relevant moment for thousands of students across the country. The use of OOH cuts through the noise, earning students’ attention, at the right place and the right time.

Best of luck to all applicants! 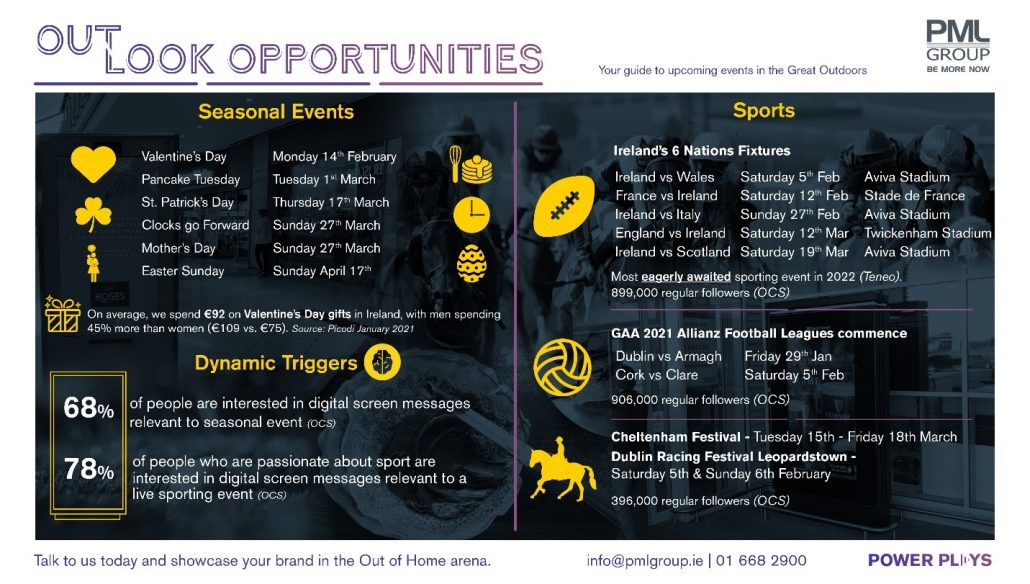