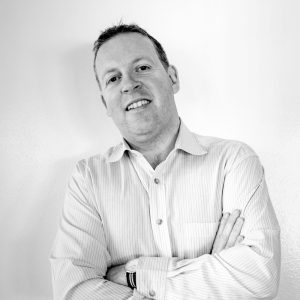 Pat Cassidy, Digital, Innovation and Experiential Manager at PML Group discusses the synergies that exist between the film industry and OOH advertising.

I was delighted to see Martin McDonagh’s masterpiece “Three Billboards Outside Ebbing Missouri” pick up two Oscars at this year’s Academy Awards.  I recently had the pleasure of watching the film with my OOH work colleagues which really added to the experience!

It is a great film which really highlights the power of OOH as a medium and communications channel and it got me thinking about the strong link and synergies that exist between the film industry and OOH advertising.

Traditionally, the movie sector has seen OOH as an important and powerful cast member in its promotional roll call. In 2017 the sector accounted for approximately 5% of the OOH market (source Posterwatch 2017). Like an on-screen chemistry between actors, there is a long and strong relationship that exists between this sector and the medium.

Blockbuster is a word that comes to mind when we think of films.  OOH allows film promoters to showcase their new releases in a big, bold, colourful and exciting way.

The sheer volume of film releases has increased exponentially over the last ten years.  OOH allows advertisers to promote these releases and build coverage quickly. The advent of Digital OOH, in particular, dynamic Digital OOH means that countdowns to release dates can be used to build the hype surrounding new releases

In Ireland, we have a love affair with the silver screen and we all have our favourite actors.  OOH is ideally placed to promote images of the stars appearing in upcoming releases. Interestingly, according to our Poster Impact research, celebrity-based posters are the second most recalled design type. This is also anecdotally backed up by the number of requests that I get from clients, colleagues and friends looking to get their hands on the latest film poster!

Creatively OOH is ideally suited to promoting films.  Animated Digital OOH copy brings characters and storylines to life.  A good example of this was the Disney Film Coco using multiformat DOOH to bring the colourful characters to life.

Special Builds on OOH for films are very popular.  Recently Studio Canal promoted the film Early Man using a special build on a 240 sheet in Terenure.  The clever build brought the Stone and Bronze Ages together. The title of the film was central to the execution and the words “Early Man” were made to look like they were carved from actual stone.  I love this special as it captures the entire story of the movie in one giant colourful poster.

Ambient Media can be particularly effective for new releases.  I came across a great international example from Australia for the Steven King inspired horror film IT.  Red helium filled balloons were attached to storm drains across the city with the tagline #itmovie in cinemas September 7th.   The creepy red balloon is central to the movie and the clever execution was amplified on social media and quickly went viral.

One of the fastest growing areas in OOH is Experiential Advertising.  The film distributors have been quick to embrace this trend.  Recently Studio Canal brought Paddington Bear to train stations and shopping centres across Dublin City.  The public got to meet him “in the fur” in advance of the release of Paddington Bear 2.

There has been a lot of hype and earned media generated around the Three Billboards film.  OOH has been extremely quick to respond and add to the story.  Two incidents spring to mind. Firstly, three guerrilla style billboards sprung up overnight in South Connemera the ancestral home of Martin McDonagh honouring his achievement at the BAFTA’s.  The second was the Digital billboard in Los Angeles that displayed a thank you message to the Academy and McDonagh on behalf of billboards everywhere.

I can’t recall any other media ever making it into an Oscar acceptance speech.  On behalf of the OOH and film industry I would also like to echo the actor Sam Rockwell and thank “everyone who’s ever looked at a billboard”.

For more details on how OOH can enhance and amplify your marketing efforts, contact Pat Cassidy: pat@pmlgroup.ie

Welcome to the Dynamic Era

Get Creative. Get Out of Home