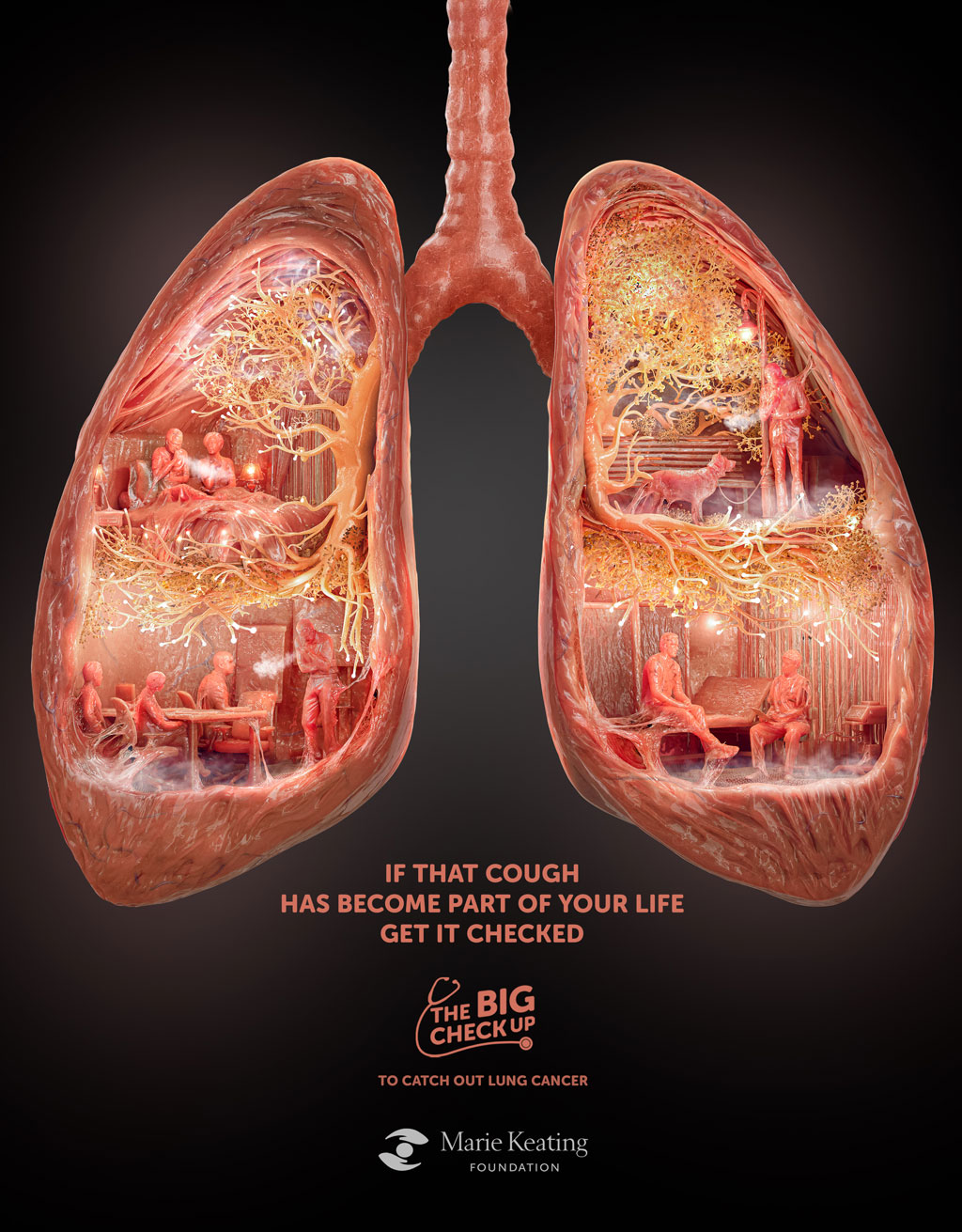 This year, planned alongside The Brill Building and PML, the foundation are running a special OOH feature that blends in with their normal campaign – “The First Poster to Catch Lung Cancer.”

Using bespoke technology, the poster only reveals itself to those who cough. The innovative approach seeks to encourage those with a long-standing cough to get it checked, and to reach them in the most targeted way possible.

“For this message to only reveal when [the receiver] comes across a cough, we’ve had to use special software,” noted PML Innovation head Pat Cassidy. “The way the software works is the microphone is listening for a high-pitched, high-frequency, short, sharp sound and when it actually hears that sound, it triggers our message“.

More people die from lung cancer in Ireland than any other type of cancer, it’s the biggest killer causing more deaths than breast and prostate cancer together all over the world.