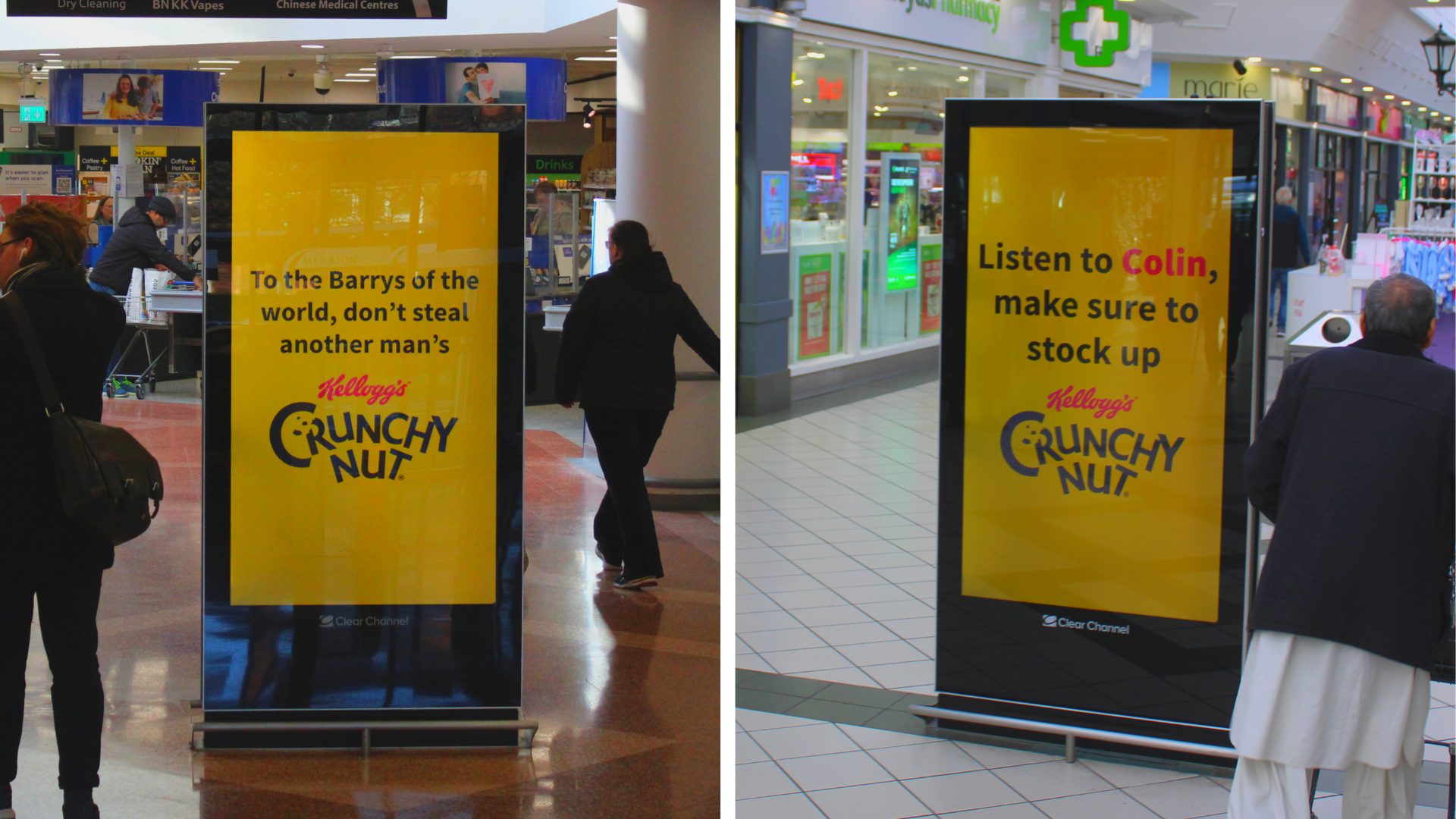 Kellogg’s Crunchy Nut were graced with unexpected exposure on the world stage in January 2023 as it was revealed the breakfast cereal was the preference of some Ireland’s biggest movie stars – so much so that they were the subject of serial cereal theft between them!

Not wanting to miss out on the chance to take ownership of the circulating PR, Kellogg’s were able to react quickly using the flexible power of Digital Out of Home. Planned by Carat and PML, with creative from PML Group’s CREATE, the simple campaign featured a pair of creatives displaying across Adshel Live Retail panels humorously prompting customers to ‘Listen to Colin’ and stock up on the country’s most coveted crunchy flakes.

The creative came just days after PML Group published Touchpoints – our key OOH trends for 2023 – where it was noted that creative is still the 2nd biggest determinant of driving ROI after market share, providing a community canvas express your brand in fun, engaging ways.

“We know the trouble with Kellogg’s Crunchy Nut is that they taste too good so we can’t blame Barry for dipping into Colin’s stash” says Sarah O’Brien, Kellogg’s Crunchy Nut Marketing Manager, “We are sending Colin a Crunchy Nut Emergency Hotline number so he can call us anytime he wakes up to find Barry has eaten his favourite cereal.”

The campaign’s relevance by way reactivity in alignment with the brand’s signature tongue-in-cheek tone led to the campaign being picked up by news outlets and social media alike, leading to actor Barry Keoghan sharing photos of the campaign to his Instagram story and further exposing Crunchy Nut to more than 900,000 of his global followers.

“If Barry pops over to LA or they’re on another Irish island filming, rest assured we’ll get a box of Crunchy Nut to him so he can face the day with a tasty breakfast,” continues O’Brien, “Now, Colin deserves some down time with his Crunchy Nut and without the fear of waking up and it’s gone!”